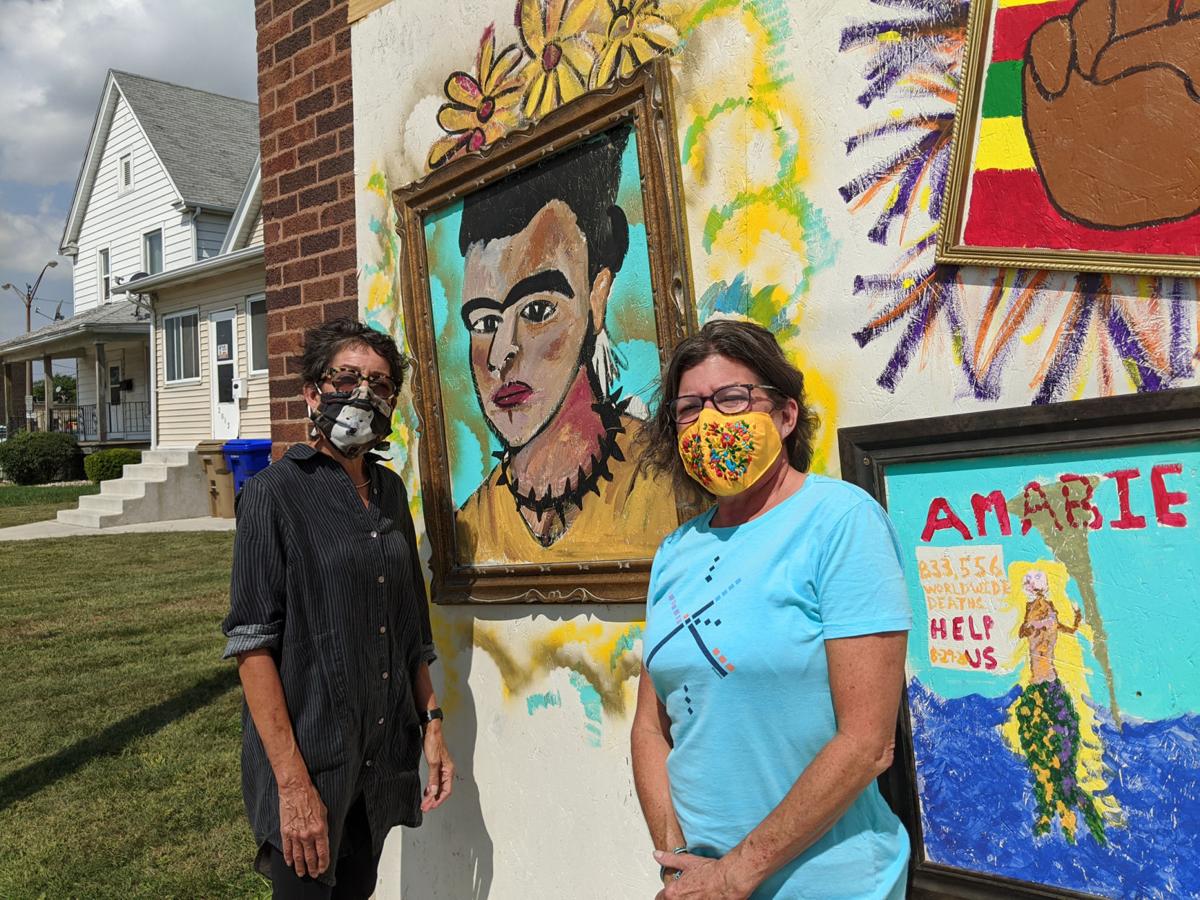 (PHOTO: The DeBerge sisters standing alongside their family store, DeBerge's Framing and Gallery, located off 63rd St. in Kenosha, Wisconsin)

Bound together by calls for peace, justice, unity and resilience, small business owners in Kenosha’s Uptown neighborhood are standing resolute.

The owners are determined to recover from the damages caused by violence and looting in the aftermath of the Aug. 23 shooting of Jacob Blake by a Kenosha police officer.

One night after the shooting, someone broke the front window and glass door of DeBerge’s Framing and Gallery at 2008 63rd St.

“They stole jewelry and handbags and started the scarf rack on fire inside the store,” said co-owner Barb DeBerge-Henken, “A Good Samaritan came by and pulled it out and stamped it out. Had that not happened, the whole building would have gone up in flames.”

When the Deberges came to work the following morning, they boarded up the windows and reopened their business, which has been a staple of Kenosha’s Uptown neighborhood since Barb's great-grandfather opened the shop in 1890.

Even though the neighborhood “looks like a warzone,” Barb remains optimistic about her family’s business.

“People have been coming in to show their support,” she said.

Like many Uptown businesses, Sir Claude’s Barber & Beauty Salon at 2327 63rd St. also has been boarded up since the chaos began.

“Kenosha has pulled together. Everybody's been coming out to the little picnic gatherings and stuff like that,” Hamilton said. “Everybody (is) coming together, as we've been doing. And just grow in all our businesses, you know what I'm saying? It's like a little family up here. So, that's my hope for it, is we keep it strong. It’s bouncing back.”

Down the street, Joshua Ferguson, owner of Sugar Boxx Ice Cream Shop at 2225 63rd St., is clear about his goals.

“To rebuild, to come back together and to grow it again,” said Ferguson, who grew up in the Uptown neighborhood. “To get it going again, for business to flow and for the community to thrive again ...

I think this is the most diverse community for businesses, and that's why we came up here, to kind of help out and to bring a different, I guess, place for kids up here. Just to kind of give back.”

Ferguson said he is seeing customers return to his shop “slowly, but surely,” and he remains encouraged about Uptown’s future.

“We got a lot of requests for birthday parties. We got customers coming in for the ‘Kenosha Strong’ gear,’” Ferguson said.

Many folks have turned the boarded-up windows into a sort of makeshift neighborhood beautification project, painting colorful murals on the plywood planks.

That spirit of resilience among Uptown’s businesses is giving many of the neighborhood’s residents reasons for hope.

“I love the sense of community that exists here and always has existed here,” said Jennifer Stanis, who moved to Kenosha years ago from New Jersey.

“For a really long time, people would say, ‘Oh, where are you from?’ And I'd still claim

New Jersey. And then through all of this and this whole past week and looking at all the buildings and everything, I'm like, how much my heart hurt. I was like, this is my home now. And everyone kind of looks out for everybody, my neighborhood, everyone on the street. It's just a big family, and you don't get that everywhere,” Stanis said.

When asked to describe the City of Kenosha in word, Stanis replied, “Hopeful.”