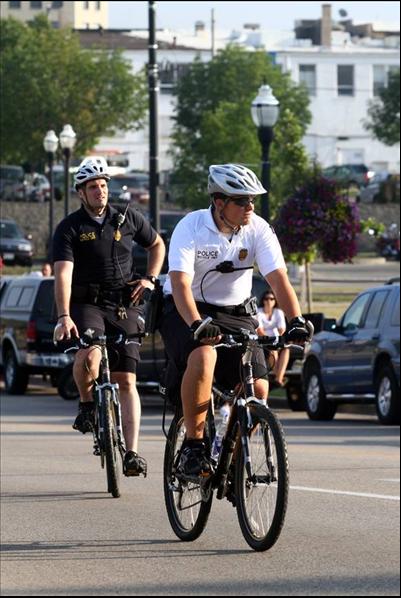 The Kenosha Police Department Bicycle Unit began in 1998 with 12 officers and bicycles. The unit today consists of 16 officers and bicycles. The bicycles used are Mongoose mountain bikes made especially for police patrols. The bicycles have been a great tool for use in patrol and for use in special details where getting through traffic and crowds with a police squad is nearly impossible.