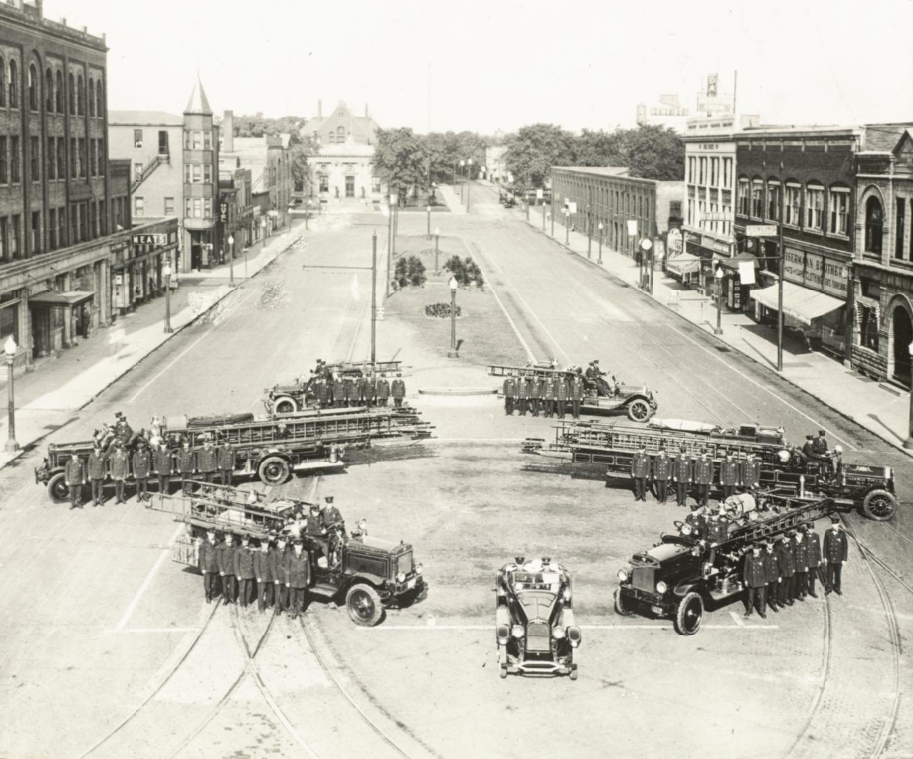 Volunteer companies under the state of Wisconsin, prior to the incorporation of the city of Kenosha. On March 8, 1851 an act to incorporate the Fire Department of the City of Kenosha passed the state Senate and Assembly and was signed by Governor Nelson Dewey. The Kenosha Volunteer Fire Company was organized and equipment was purchased: two hand pumpers, the “Park City” and “Star”, and one hook and ladder truck.

On December 30, 1903, a resolution was drafted to dispense with the volunteer department and to institute a system of 12 call men to be appointed by the Chief, subject to call at any time and to be paid a regular salary.

The two platoon system was instituted on Jan. 1, 1922. The firefighters were divided into two groups of 21 men each, for a total of 45 employees. Formerly there were 31 men in the department. Each man worked three days and then had one day off. They could leave for dinner, so the number of men available was small at times.

On February 26, 1935 the first safety squad car was commissioned, to be used exclusively for rescue work. The rig was a remodeled Lincoln Phaeton squad car.

All firefighters were trained in first aid and given instruction to handle all emergencies.

In the fall of 1962, the Fire Department assumed the job of operating the city ambulance service formerly run by the Police Department. March 11, 1967, 25 members passed the first Emergency Medical Training -- the beginning of the advanced training and enhanced Emergency Medical Services.

August 13, 1988 the Fire Safety House was donated to the city. The unit allowed for simulation of smokey conditions to teach evacuation techniques. The instructional tool was the first of its kind in the state of Wisconsin. It would later become the focus of the fire prevention programs.