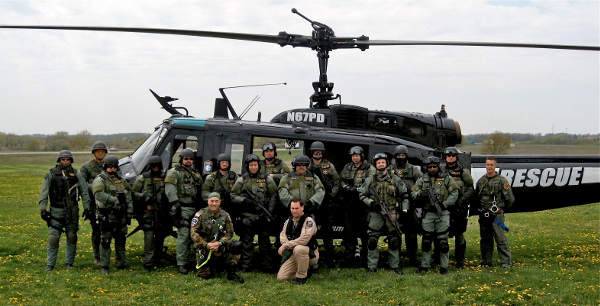 The City of Kenosha Police Department is a part of the Kenosha County Tactical Response Team comprised of 24 Police Officers and Sheriffs Deputies. To better serve the citizens of Kenosha, it was found to be more cost effective to merge this operation and allow the County Tax levy support the team.

The Tactical Response Team trains semi-monthly with the newest equipment available. The team utilizes numerous resources available to it at the City, County, State and Federal levels to train all team members in the latest techniques available. The team was originally trained by the Federal Bureau of Investigations.

The Kenosha County Tactical Response Team has also obtained an armored rescue vehicle in the event that downed citizens or officers need to be rescued in a hostile environment.